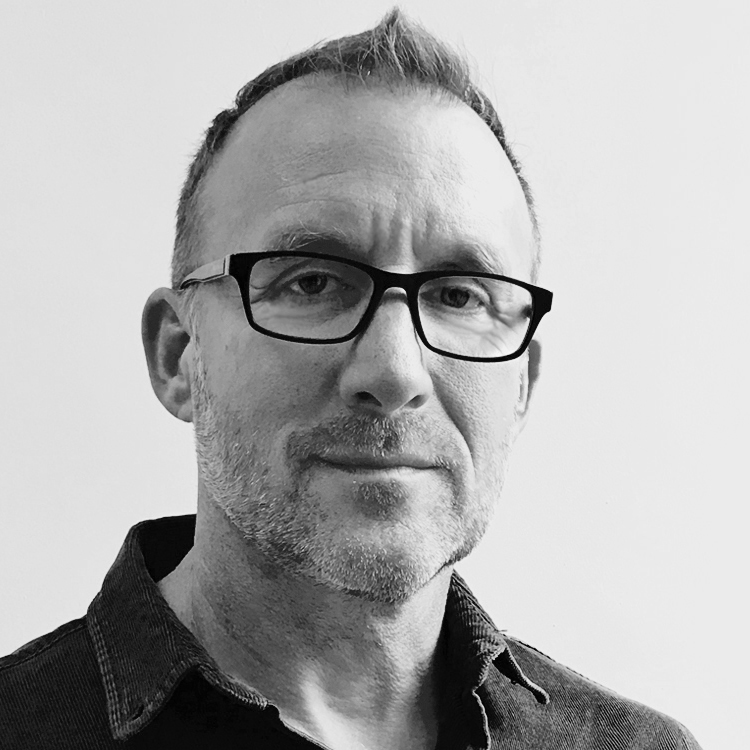 An easy one to start, what inspired you to become a landscape architect?

It was entirely by accident. A friend at school had the idea he might like to be an architect, which sounded intriguing, and we looked up what it meant in Encyclopedia Britannica. The definition of ‘landscape architecture’ was on the same page. Until then I was thinking about photography as a career, but this suddenly changed. I was a good geographer, and a decent artist and biologist. Landscape architecture fitted with the feeling I had from a young age to shape the world.

How did your early years shape you?

My family had a farm on the edge of Exmoor. We were not really natural farmers. We’d have been better writers and artists. It was a big multi-generational family and a flow through of interesting people, including hippies my uncle brought back from Oxford.

Looking back, my whole family were quite disconnected from any form of convention, be it farming practice or profession. It gave me a certain disregard for rules. However, although my grandfather was a maverick when it came to the land and ecology, he also understood it in a profound way and this influenced me. It means I don’t see landscape in terms of patterns, or images, but as a way of creating connections and building a rich sense of belonging.

As children, we spent our summers playing in the river that ran through the farm. One year, the bottom of the river became really slimy. Even at eight years old, it was obvious that something had happened upstream. It turned out to be caused by phosphates used to fertilise pastures and draining of marshlands to create more agricultural land encouraged by EU subsidies used to drain the marshland. I think this was a visceral lesson in the casual harm caused to natural environments, and it certainly helped me to start questioning things.

What was the pivotal moment in your career?

I was lucky enough to work in Melbourne as it transformed itself into a global city. Big moves included renewing major infrastructure and replacing the two prominent Gas and Fuel Towers with a fantastic new piece of public realm, Federation Square. It was achieved, in part, by having a strong and single minded vision and by freeing up planning and legal regimes that were acting as constraints, to reward entrepreneurialism. For example, Brunswick Street was in a part of the city that was dog-eared and struggling, and business rates were cut to revitalise the place.

The transformation of Melbourne into a global city showed me how when people pulled together, it was possible to transform a major city in a relatively short period of time. 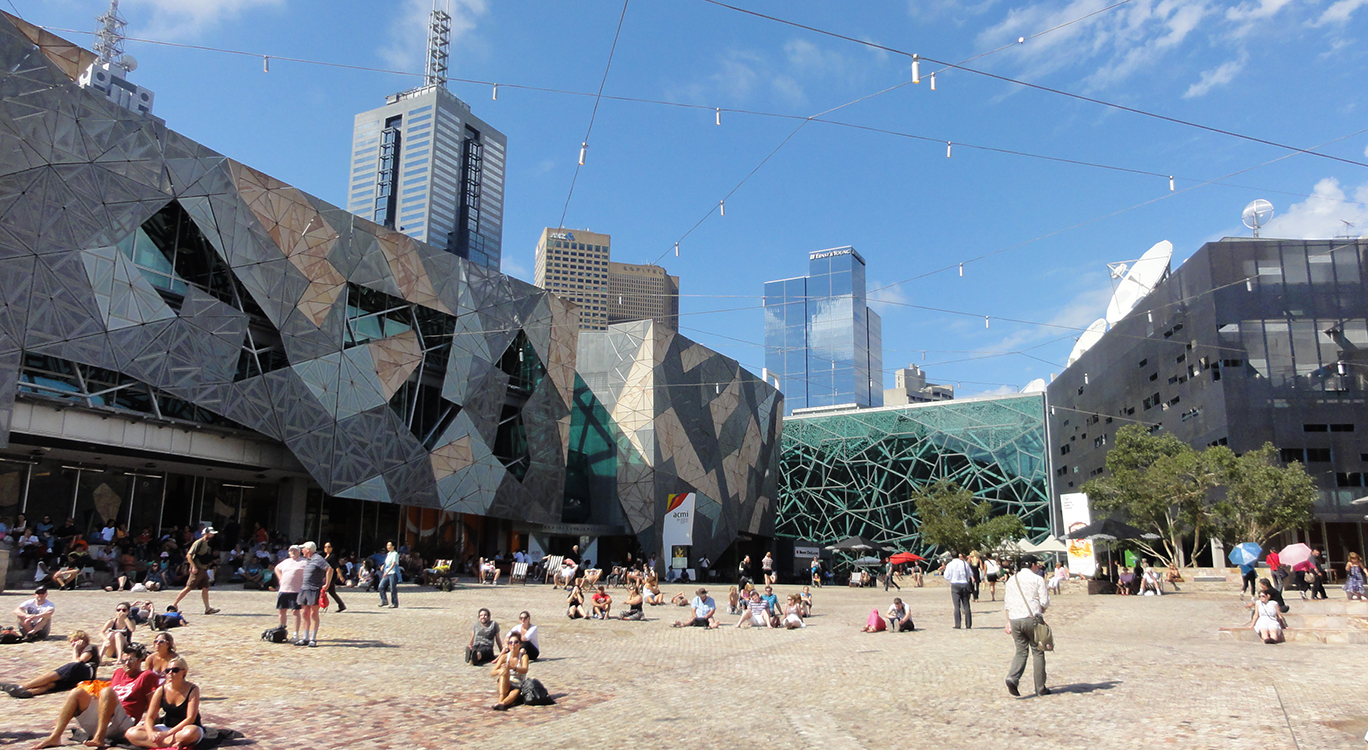 Too much new development continues to compound the climate crisis and biodiversity loss. What ‘new normals’ could create more liveable places?

I think a profound shift has already started with recognition of the need for an all-embracing ‘net good’ to come from new development. This includes biodiversity net gain and local nature recovery plans, but within the context of environmental gain and natural capital. Net good means putting a value on economic and social value, like health and wellbeing. When we were working with Homes England on Coypool (below left), a 550-home new settlement in Plymouth, this approach was critical to the application moving forward. It’s developments like Coypool that will soon be the ‘new normal’.

The second ‘new normal’ will be a landscape-led approach to solving the housing crisis. Homes need to be built in places that are healthy, zero carbon and well connected, with amenities and jobs. Landscape-led is the only sensible strategy to plan the new settlements of the future to meet the needs of people and the environment at the same time as providing the long term supply of land necessary to provide homes and jobs.

Our proposals for Waterbeach near Cambridge (below right) show how this can be realised. It will be great in a few years’ time to walk through those car-free residential streets and see how people are making them their own. 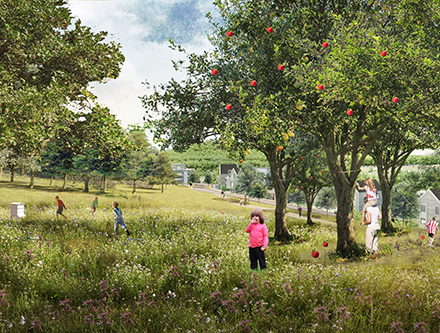 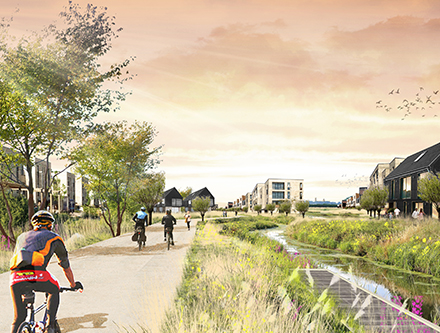 The third ‘new normal’ will be getting the right development in the right place. And this will be arrived at through more and better planning, not less.

In 2018, Sir Oliver Letwin outlined how local authorities should be designating much bigger areas for growth, with local area masterplans setting out how that land would be serviced. In the post-war housing boom, Planning Departments promoted big town programmes, and there is an urgent need now for the public sector to think assertively about the sort of places we need, and create opportunities for the private sector to do what they do best. As requirements like biodiversity net gain become stronger, the private sector will become increasingly less able to solve the big issues their sites face on their own. The public sector can put in place frameworks that resolve this.

The fourth ‘new normal’ is comprehensive spatial plans that act as frameworks for growth. There are so many issues coming through, from local nature recovery through to changes in mobility technology, that show the urgent need for strong spatial planning.

They need to be deliverable, making clear what needs to happen, and addressing barriers through the design process. Increasingly, LDA Design is taking an orchestration role to deliver the right outcomes. Liveable Exeter is a great example of a growth framework that is using 12,000 new homes as the catalyst for new infrastructure, such as decentralised energy. 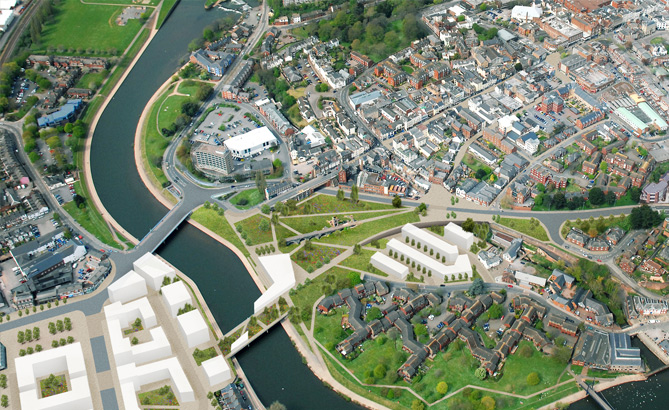 I see LDA Design’s transition to employee ownership as being part of a fast-growing movement, because it is values and purpose led.

How do you think business and industry will change in the next few years?

I’m sure there will be ever more emphasis on values like transparency and trust, not least because every company will be held to account for what it is doing about climate breakdown and social inequality.

We will all need to become more exploratory and experimental as well. Doing what we’ve always done has got us to where we are now! We need to be looking for new inspiration and influences and breaking down barriers between disciplines. People need to understand what change means for them. It needs to be debated candidly.

I see LDA Design’s transition to employee ownership as being part of a fast growing movement, because it is values and purpose led: harnessing the power of collaboration, and the brilliance of the collective.

Whenever I can, I drop in at the Hourglass Inn in Exeter, a steep step up from our studio on the quayside. It’s where I’ve had some of the best conversations about life, the universe and everything.

Or else I might head down to west Cornwall. With any luck, I’ll wake to see the sun rise over the coastal plateau beyond the barn which I’ve restored. It’s a feeling of unbridalled space which takes me right back to those early days on the farm, and that very real sense of being in the landscape. 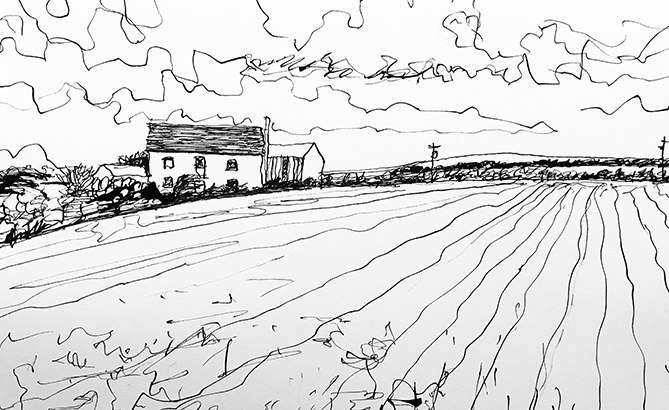 The restored barn in Cornwall by Frazer Osment 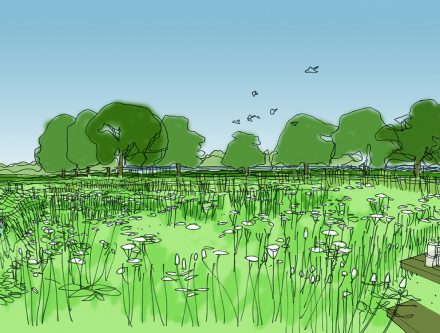 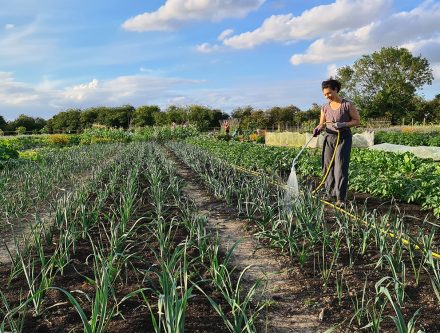