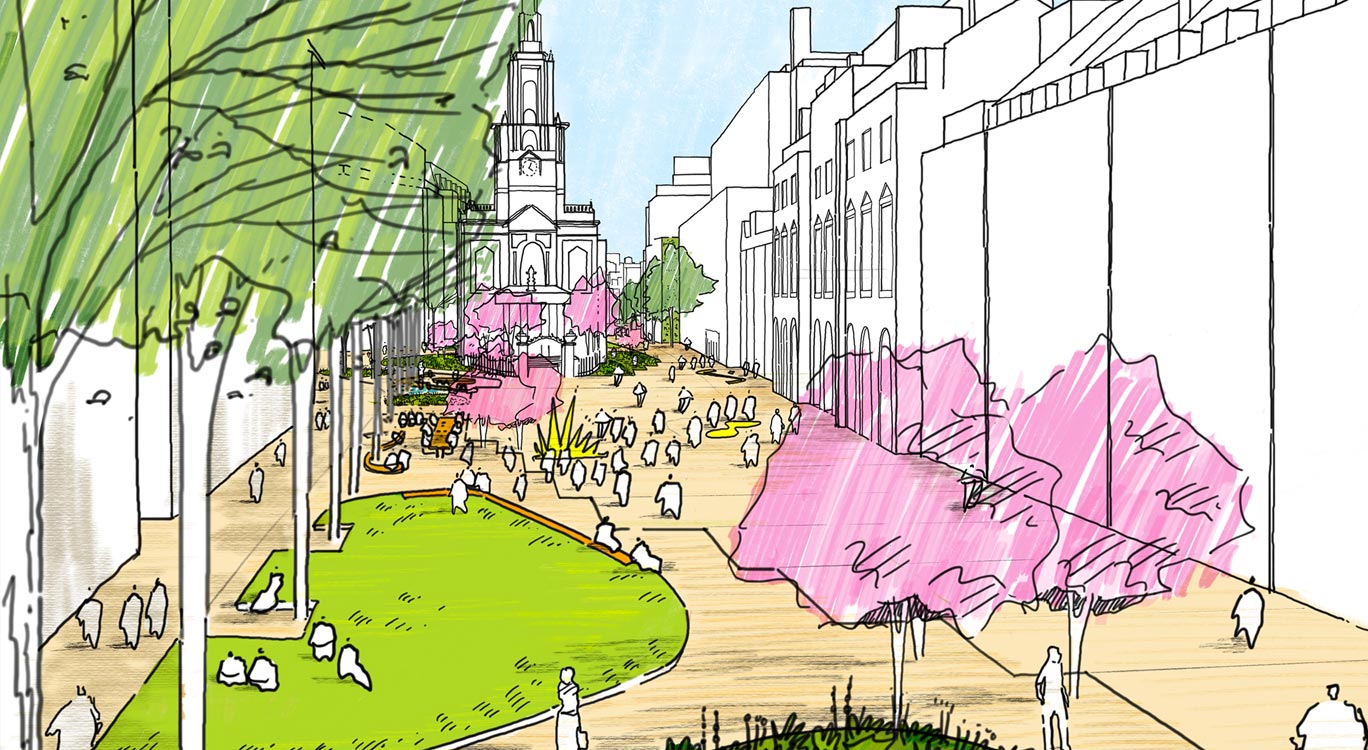 “This is a once in a lifetime opportunity to create new gardens, lawns and flexible public space at the heart of one of central London’s most important thoroughfares.”
Cannon Ivers, Director, LDA Design

Consultation is now open on ambitious plans by Westminster City Council, supported by LDA Design, to transform the Strand in Aldwych, one of London’s most famous streets, into a safer and more enjoyable place. The proposals include removing traffic along a 200-metre stretch, creating an exciting new piece of public realm.

The Strand/Aldwych project includes the historic east/west link of the Strand and the Aldwych, which was built in the early 1900s. The area is home to Somerset House, King’s College London, LSE and St Mary le Strand Church (grade I* listed), as well as theatres, hotels and the Courtauld Institute of Art.

Derived from the Old English word ‘strond’ meaning the edge of a river, the Strand has been a principal London street since AD 190, later becoming a historic processional route from the Palace of Westminster to St Paul’s Cathedral. It is also a gateway to the capital’s Theatreland and is used by an estimated 14 million people a year.

Today, Strand Aldwych is a notorious bottleneck for traffic heading from the City into the West End, with poor quality public spaces. Westminster City Council proposes to invest £28 million to transform it into an inviting, world-class cultural and learning quarter.

LDA Design, working closely with the Council and stakeholders, has developed concept ideas for an animated, everyday place by closing the Strand to traffic from the junction at Arundel Street to the east and the junction with Waterloo Bridge to the west. Putting people first, and before cars, potentially allows for the creation of a flexible and democratic public plaza adjacent to Somerset House and a garden space around St Mary le Strand Church, creating a new sanctuary in the city. Pavements along Aldwych could be made wider and decluttered, making navigation easier for pedestrians whilst also providing additional places to sit. These moves would help to resolve the key challenges of congestion, pollution and safety.

LDA Design director and project lead, Cannon Ivers, said, “This is a once in a lifetime opportunity to create new gardens, lawns and flexible public space at the heart of one of central London’s most important thoroughfares.

“The plan reimagines Strand Aldwych as a place that is connected to the life taking place around it. It seeks to encourage exchange between students, academics, creatives, visitors, those working in the area and nearby residential communities. Designed to be lively all-year-round, Strand Aldwych could be a space where art is made not displayed; where dance is rehearsed not performed. For the first time, people could be tempted to linger in this area.”

Consultation on the concept closes on Wednesday 13 March. Feedback will then be analysed, with more detailed designs released for further consultation later in the year.

The proposals are currently on display at 171 Strand. 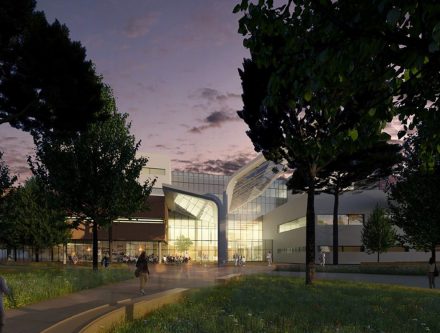 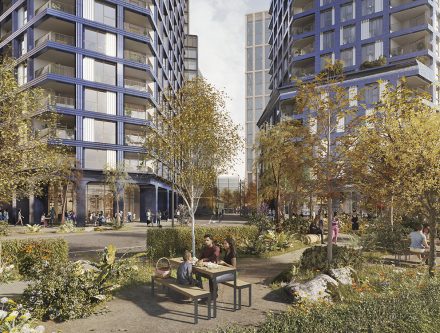