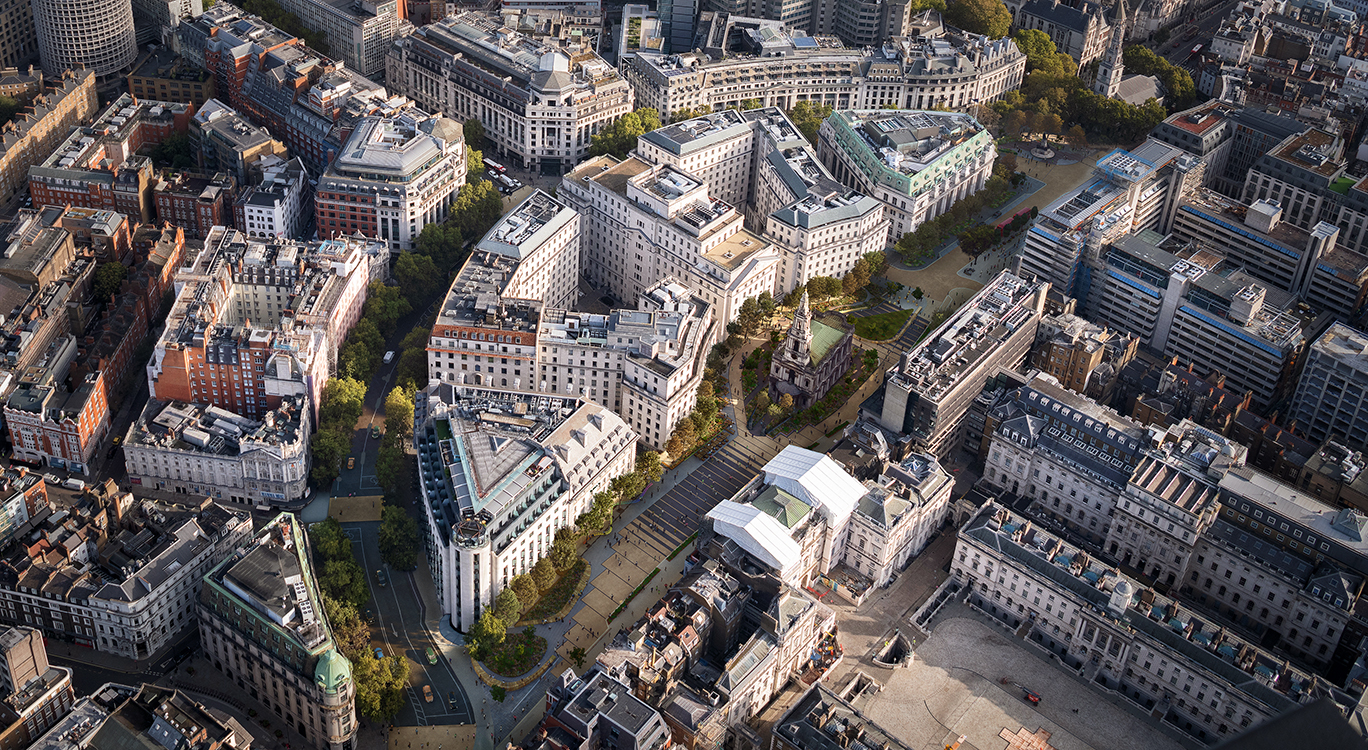 Acceleration on a car-free Strand

“The Strand Aldwych project has the potential to become even greater than the sum of its parts. It will create a distinctive destination in its own right: a place where art is made not displayed, where performances are rehearsed not performed, and where knowledge is shared not stored away.”
Cannon Ivers, director, LDA Design

Work is set to start on the £18 million reimagining of Strand Aldwych in central London, turning this polluted traffic bottleneck into a car-free public space.

Westminster City Council’s plans, developed with local partners and by LDA Design, WSP and Norman Rourke Pryme, describe the scheme as a “massive shot in the arm for the local economy”. It is hoped the new design will boost a part of the city affected during the pandemic by loss of trade and footfall.

Reclaiming part of the Strand from traffic will create a unified cultural and educational district, with public realm that can host art installations, festivals and events for the first time. These will be curated year-round by local institutions including Somerset House, King’s College London, the Courtauld Institute of Art and neighbouring theatres. The Grade 1 listed St Mary Le Strand Church will be enveloped by a new garden instead of the existing roads, creating a sanctuary in the city, with lawns for lounging and spaces for quiet reflection.

Aldwych will also gain from major improvements that will benefit local residents, visitors and businesses. Removal of the one-way gyratory means Aldwych will be opened to two-way traffic. This move is designed to free up traffic flow and reduce journey times. Traffic levels across the area are not expected to increase. Improved access will create stronger pedestrian and cycling links to Covent Garden, Holborn and London’s West End, as well as south to the Thames and Embankment. Other improvements include widened pavements with Yorkstone paving and five new signalised pedestrian crossings.

An accelerated timescale will see the Strand become traffic free in front of Somerset House and King’s College London by August 2021. Innovative temporary measures, called ‘Meanwhile Strand’, will test the final scheme design before being made permanent. It will also allow for the cultural programme to be trialled.

Cannon Ivers, a director at LDA Design and project lead, believes that transforming the character of this historic street will also energise creativity and exchange. “Some of London’s finest cultural and educational institutions are based here, but the traffic on the Strand has never enabled all of these incredible places to interact and work together. The Strand Aldwych project has the potential to become even greater than the sum of its parts. It will create a distinctive destination in its own right: a place where art is made not displayed, where performances are rehearsed not performed, and where knowledge is shared not stored away.”