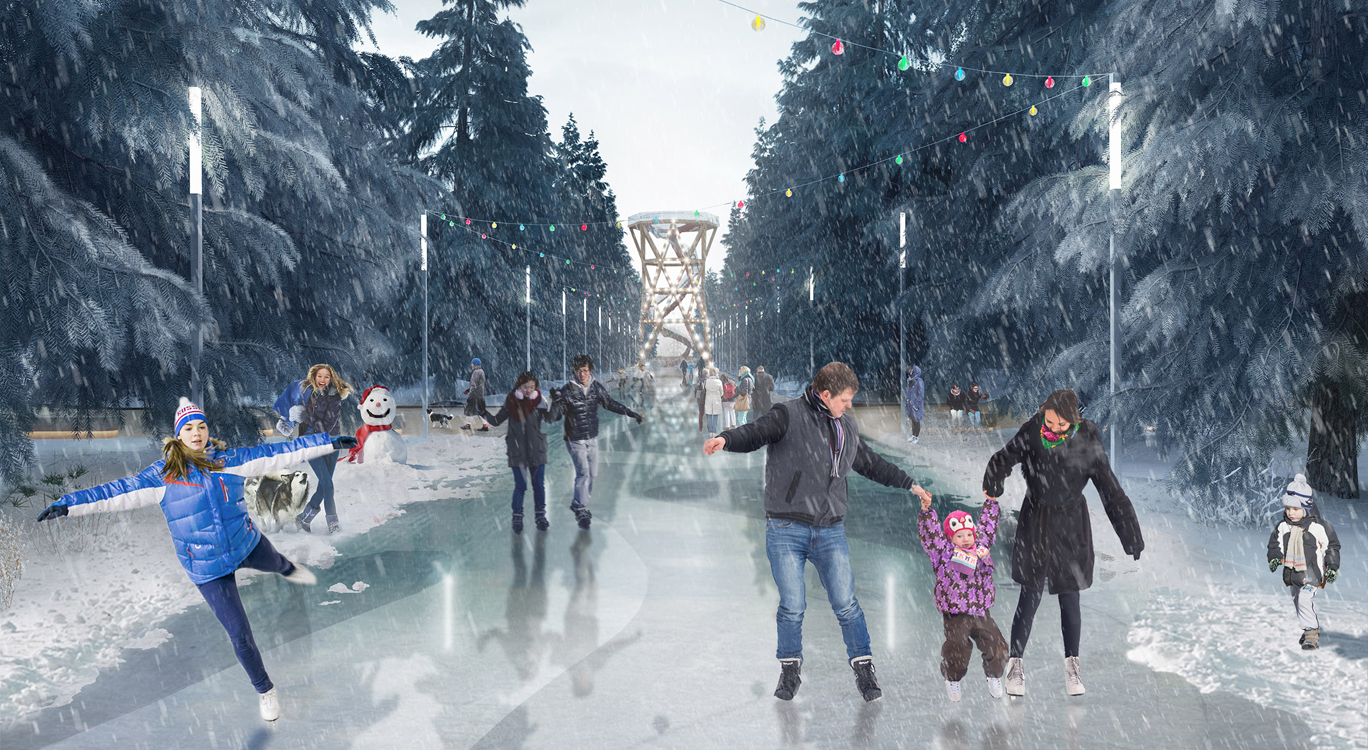 Call of the Taiga

“This win is truly special for us. We loved the park, the aspiration of the brief and the commitment of the city and the client to do things better. We can’t wait to develop this with all our partners.”
Benjamin Walker, Director, LDA Design

Our vision, developed with partners MAP architects and experiential design practice Sarner, will transform 15-hectares of green space on the banks of the Yenisei River, the fifth longest in the world, to create a park for all ages and all seasons.

Once considered to be one of the best parks in Russia, numbers using Gorky Central Park have dwindled. So, we set out to make it a destination for everyone with a design that draws on the city’s heritage and the Taiga, the stunning boreal forests of Siberia. Our focus was on health and wellbeing, and culture.

Our vision sees the Park become a place of adventure and belonging, from a fun sunken ‘bears den’ for children to enchanting fire pits nestled into the woodland. A new fitness loop wraps around the site, making the Park part of the everyday for active Krasnoyarsk residents.

Planting will become important once again and trees native to the Taiga will rewild the site. Other attractions making this central green space fit for the 21st century, and giving more people more reasons to be there, include a sculpture park, museum, cabins and stalls for winter markets, and an ice-skating track. At the heart is the new ‘Gorka’ tower, a striking new landmark with views over the Yenisei.

Commenting on the win, Benjamin Walker, a director at LDA Design, said: “Competitions are an enormous team effort at the best of times, and never more so than in 2020 when we are mostly working remotely. So, this win is truly special for us. We loved the park, the aspiration of the brief and the commitment of the city and the client to do things better. We can’t wait to develop this with all our partners.”

The competition received 43 long list entries, with LDA’s team making the final shortlist of three. It was run by CENTER, Moscow’s Agency for Strategic Development, with support from the administration of Krasnoyarsk and client, RUSAL. The scheme is expected to be delivered in 2021.