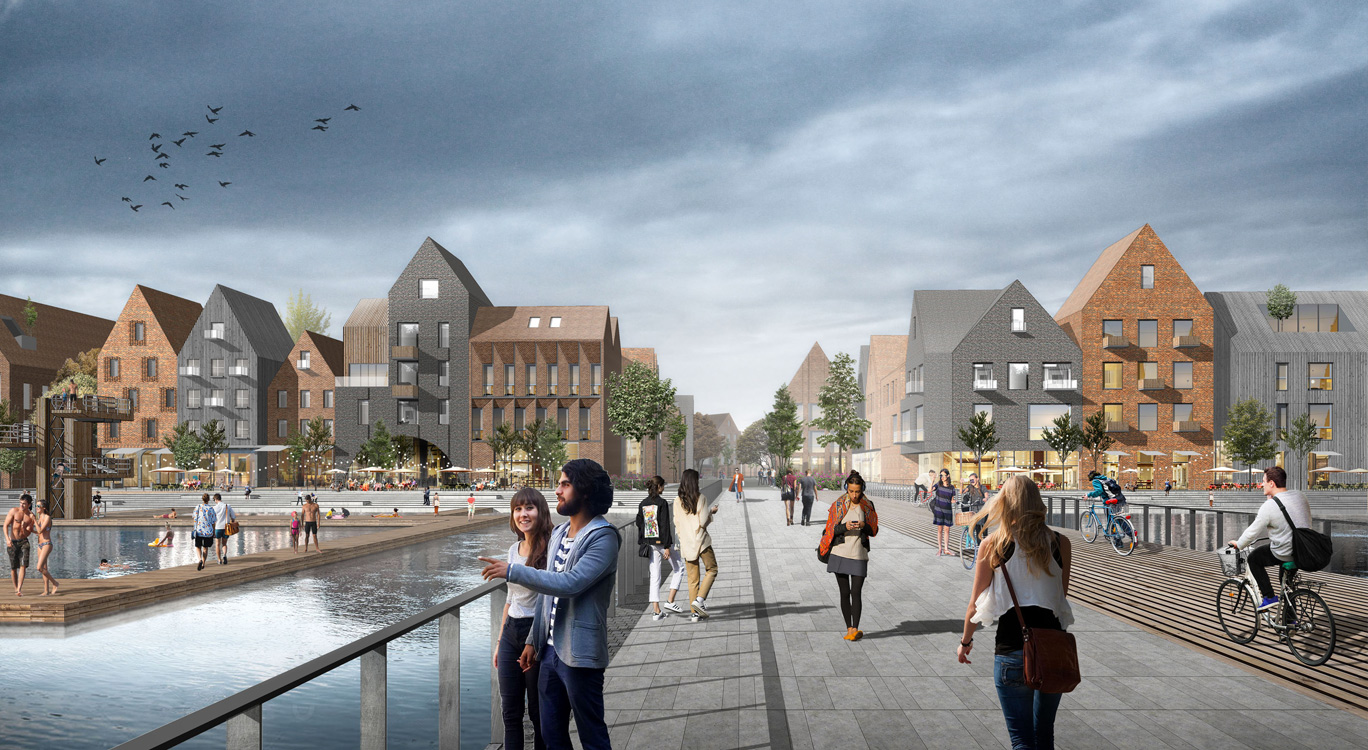 Our ambition was for a place that is enterprising, inclusive and equitable; full of hope, life and neighbourliness, with homes designed for centuries, not decades as in the former Soviet era. Integrating the Stadium into the fabric of the city was a clear focus.

LDA Design’s masterplan to create a new destination and a comfortable, modern, in touch with nature place to live in Kaliningrad, Russia, has won a golden pineapple for International Future Place from The Developer, with support from The Design Council.

The masterplan for Oktyabrsky Island, home of a 35,000-seat 2018 World Cup stadium, will guide the next chapter of growth. The Pineapple judges liked how the project connected into the wider city and didn’t shy away from the challenges of the site, in particular the extra-large stadium.

Seventy-five per cent of Russians now live in cities that grew exponentially during Soviet-era industrialisation and are now struggling with built environments unable to respond to climate breakdown and how people live today. Everywhere, major roads dominate and sever communities.

Our plan for Oktyabrsky demonstrates a sustainable way forward, with quality of life coming first. It is inspired by Kaliningrad-born philosopher Immanuel Kant’s rules for happiness, ‘Something to do, someone to love, something to hope for’. Our ambition was for a place that is enterprising, inclusive and equitable; full of hope, life and neighbourliness, with homes designed for centuries, not decades as in the former Soviet era. Integrating the Stadium into the fabric of the city was a clear focus, drawing life towards it and preventing the Stadium from becoming another little-used major sports venue in a barren landscape. 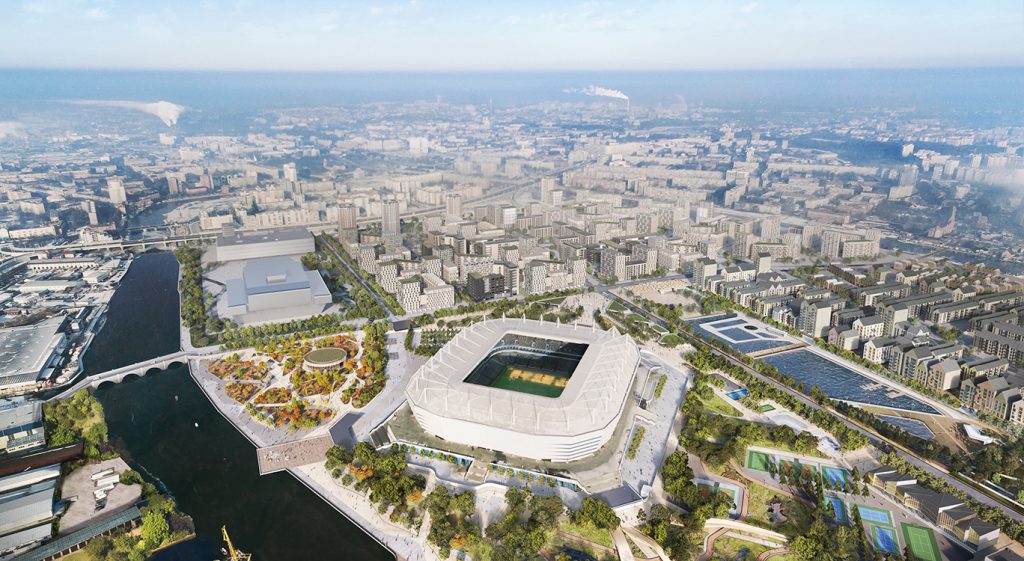 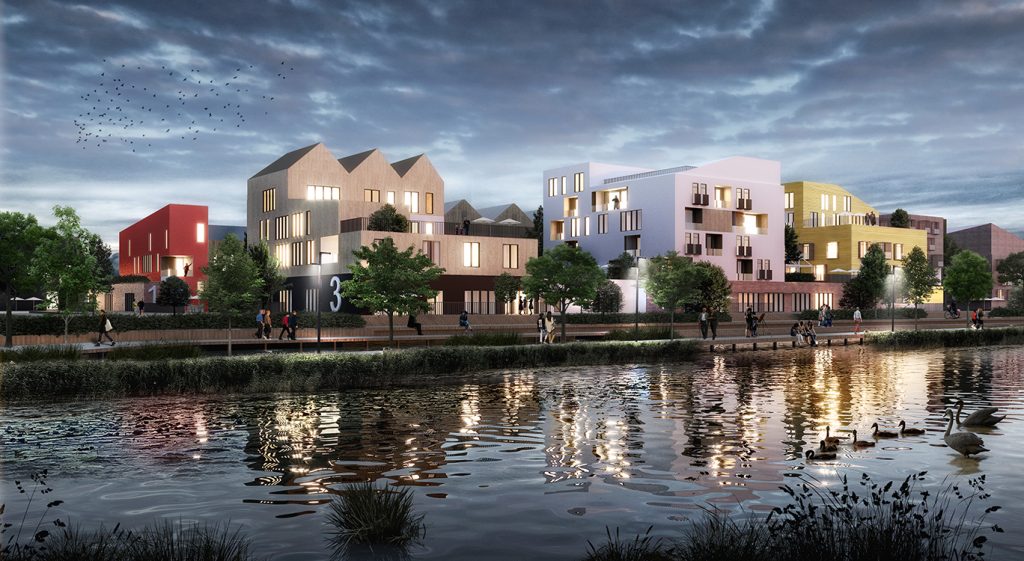 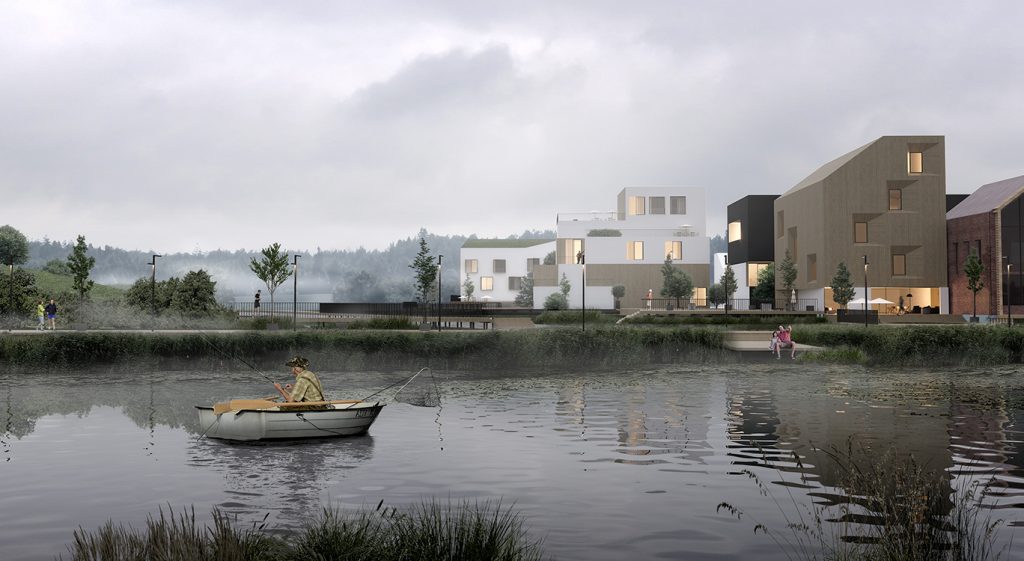 The masterplan promotes car-free living within a culture where car ownership is still a status symbol, by creating a distinctive new piece of city with water at its heart, drawing in the beauty of the Pregolya River, which wraps around the Island. Water taxis replace cars, where possible; cycling and walking are made safe and easy; and life is close to nature through a city-scale green infrastructure ring. A legible network of streets stitches the new and existing urban fabric together.

The plan features distinct character areas which take cues from Kaliningrad’s past. They are designed to build belonging and identity and include a world-class cultural quarter on the sunny riverbank for arts and education. A car-free artisan quarter reflects the fine grain of the historic city centre. At its centre is a large park with a landmark water feature: a lido for summer and winter ice rink. A wilder archipelago on the Island’s eastern edges puts people in touch with nature, providing physical and mental health and wellbeing benefits.

The stadium itself is re-imagined within a beautiful parkland setting. The landscape responds to the monumental architecture. Landmark buildings add drama to the city’s skyline and strengthen Oktyabrsky’s appeal as a destination. 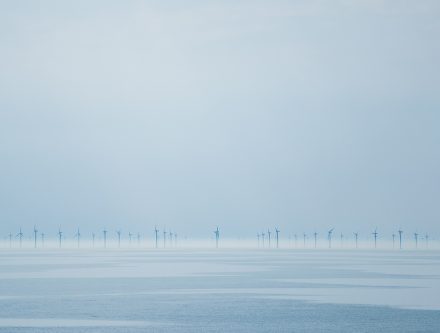 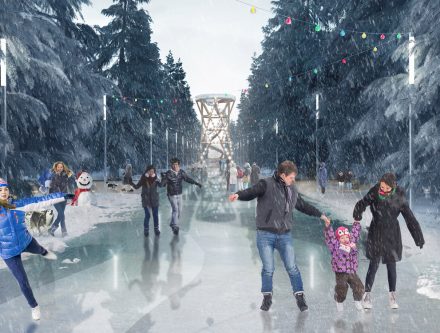 Call of the Taiga