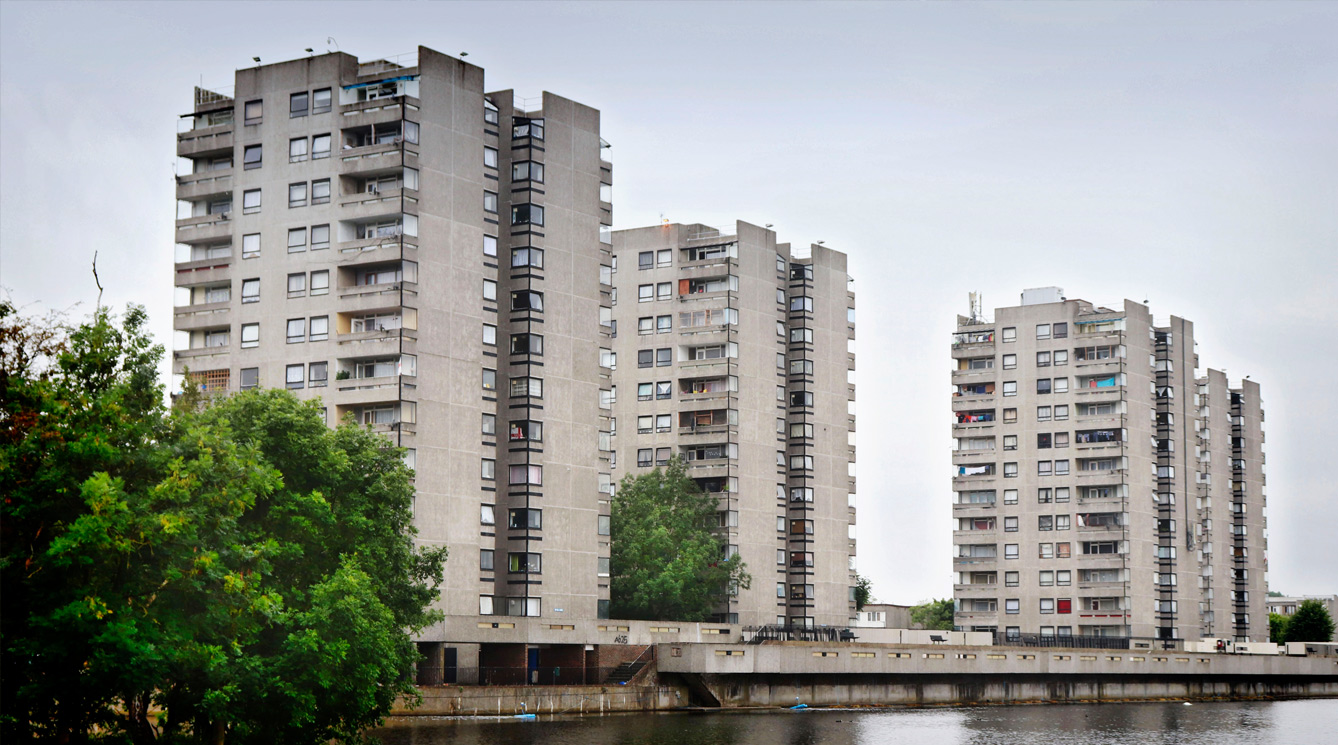 "This Strategy can begin to rewrite the narrative between new and evolving communities, the rapidly changing built environment and the potential of the Thamesmead landscape."
Neil Mattinson, Director, LDA Design

Peabody, one of London’s oldest and largest housing providers, has appointed a consortium headed by LDA Design to set out a landscape-led vision for the regeneration of Thamesmead in South East London.

The resulting Landscape and Green Infrastructure Strategy will direct transformation of Thamesmead’s waterspace, landscape and public realm, to turn the area into one of London’s most sustainable and welcoming places to live.

Thamesmead rose out of the marshy eastern reaches of the River Thames in the 1960s, carrying with it the hope of a bright, modernist future. Today, Peabody own 65 per cent of the 760ha of land in Thamesmead and 85 per cent of the developable land. They aim to deliver on the original bold plan, with a mission to help people make the most of their lives through good quality homes, working with communities and promoting wellbeing.

Peabody, one of London’s oldest and largest housing providers, has appointed a consortium headed by LDA Design to set out a landscape-led vision for the regeneration of Thamesmead in South East London.

The Strategy will inform a £1billion regeneration programme that will benefit the existing community. The population is set to double in size by 2050. The programme involves the GLA, TfL, London Borough of Bexley and the Royal Borough of Greenwich.

Thamesmead has a population of 46,000, which is expected to rise to 100,000  in the next thirty years. It has a rich landscape of green spaces and waterways, which includes neighbourhood parks totalling 57 ha; 75 hectares of greenways, pocket parks and other accessible greenspace; 7km of canals and five lakes; 4.8km of river frontage and 30,000 trees. It has more than double the amount of green space per person than the London average.

“Thamesmead is a unique town, with a unique history and an exciting future,” says Phil Askew, Peabody’s Director of Landscaping and Placemaking. “The original utopian vision for Thamesmead allowed for unrivalled green space and a network of waterways unlike anything in London.

“We want Thamesmead to realise its enormous potential through being shaped by local people. With its wealth of natural resources, Thamesmead has all the elements to create something special – making it an even better place to live or visit.”

Project Director Neil Mattinson explains the significance of this project:

“It is in the public realm where lives most naturally overlap. In Thamesmead, there is huge potential to make its underused open spaces more accessible and useful.

“This Strategy can begin to rewrite the narrative between new and evolving communities, the rapidly changing built environment and the potential of the Thamesmead landscape. There was a pioneering spirit behind the original design thinking for Thamesmead, and we want to tap into that. The Strategy is a fantastic opportunity to create a blueprint for a productive landscape, to improve connectivity and biodiversity and to build a real sense of belonging.”