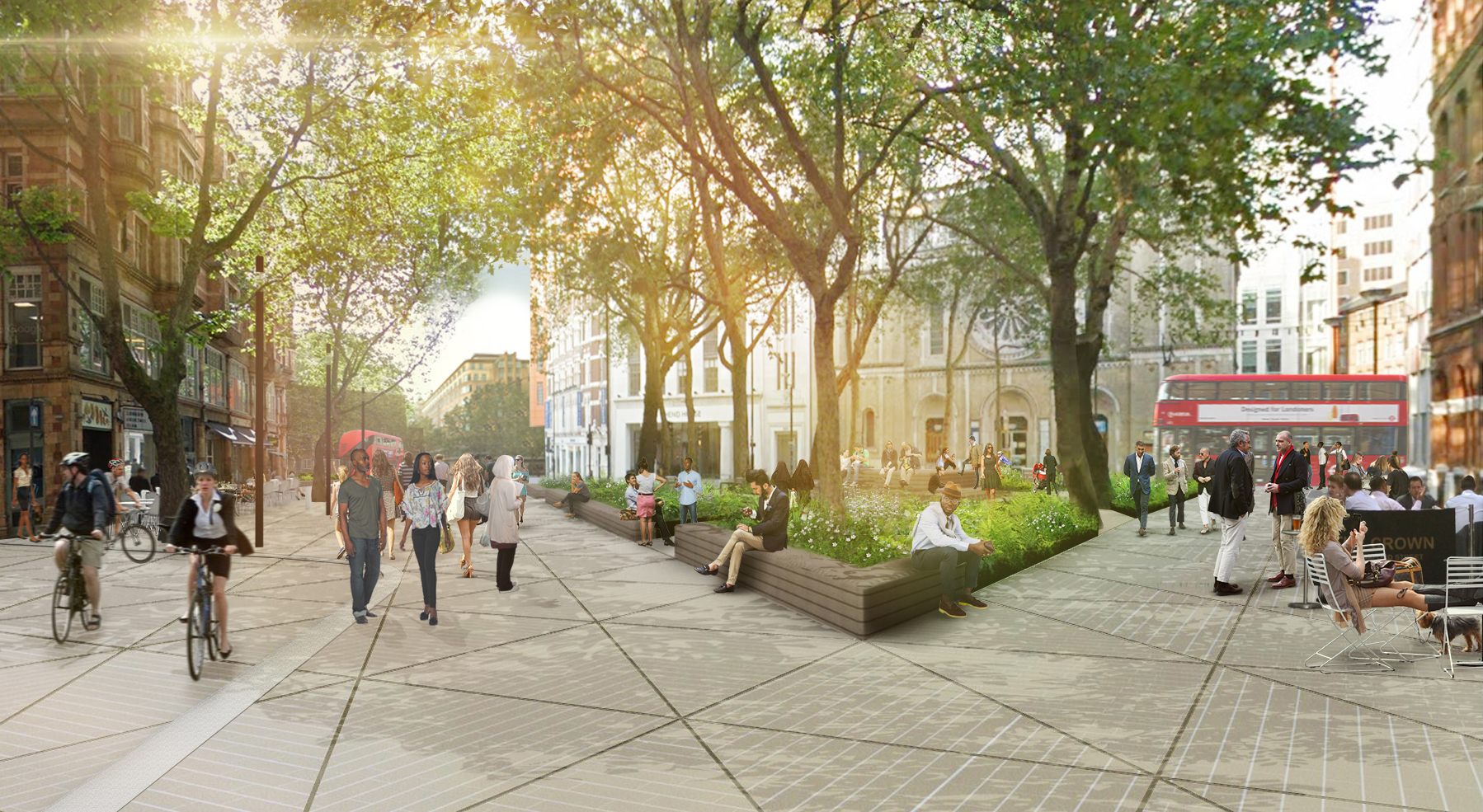 From a car park now transformed to London's next big cultural destination, LDA Design's shortlisted projects in the running for an NLA award all have one thing in common: they all seek to create great places where people belong.

West End Projects, our work with Camden Council to transform key central London spaces, has been shortlisted in two categories: Wellbeing and Public Spaces. Set to be transformed are Whitfield Gardens, Princes Circus and Alfred Place, which will get a new park. Tottenham Court Road will also be studded with inviting pocket parks. All of these people-focused designs aim to make the heart of the capital cleaner, greener and safer, boosting health and wellbeing for local residents and workers.

Also in the running for a Public Spaces prize is Stratford Waterfront, which sets out to create a new common ground in Queen Elizabeth Olympic Park.

This project builds on east London’s rich creativity. It represents the largest cultural investment in London since the Festival of Britain and the South Bank in the 1950s, bringing organisations together to collaborate and push beyond the physical limits of their buildings to reach a new audience. It will provide a new base for the London College of Fashion, BBC music recording studios, a new Victoria & Albert Museum outpost and a 550-seat Sadler’s Wells theatre. The Allies & Morrison-led masterplan for Stratford Waterfront is also shortlisted in the Masterplan category.

In the Culture category is Science Gallery London, a collaboration between LTS Architects, Kings College London, LDA Design and Science Gallery. This new exhibition space blends science and art for a younger audience. As part of the project, LDA Design took a historic Georgian quadrangle, a car park since the 1960s, and transformed it into an elegant, contemporary public courtyard, a much-needed breathing space amidst the hustle and bustle of London Bridge.

And news just in, West End Projects has also been shortlisted for a Future Projects Pineapple, a new awards programme run by The Developer magazine and sponsored by the Design Council. The Pineapples celebrate the urban life of developments and places where people want to live, work and play. 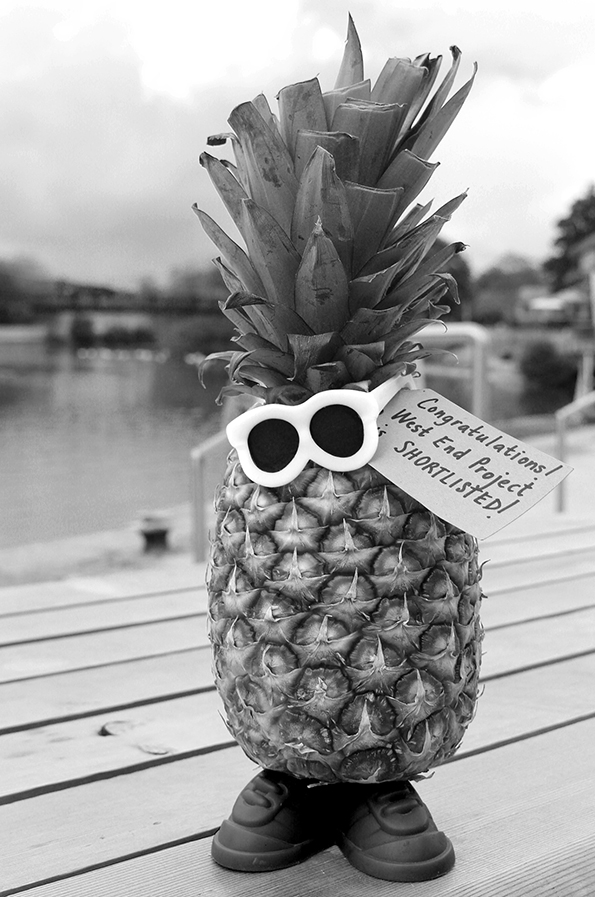 Happy Days! We’ve been shortlisted for an inaugural Pineapple award for our work with Camden Council to transform public spaces in central London. And here’s our handsome Pineapple to prove it.