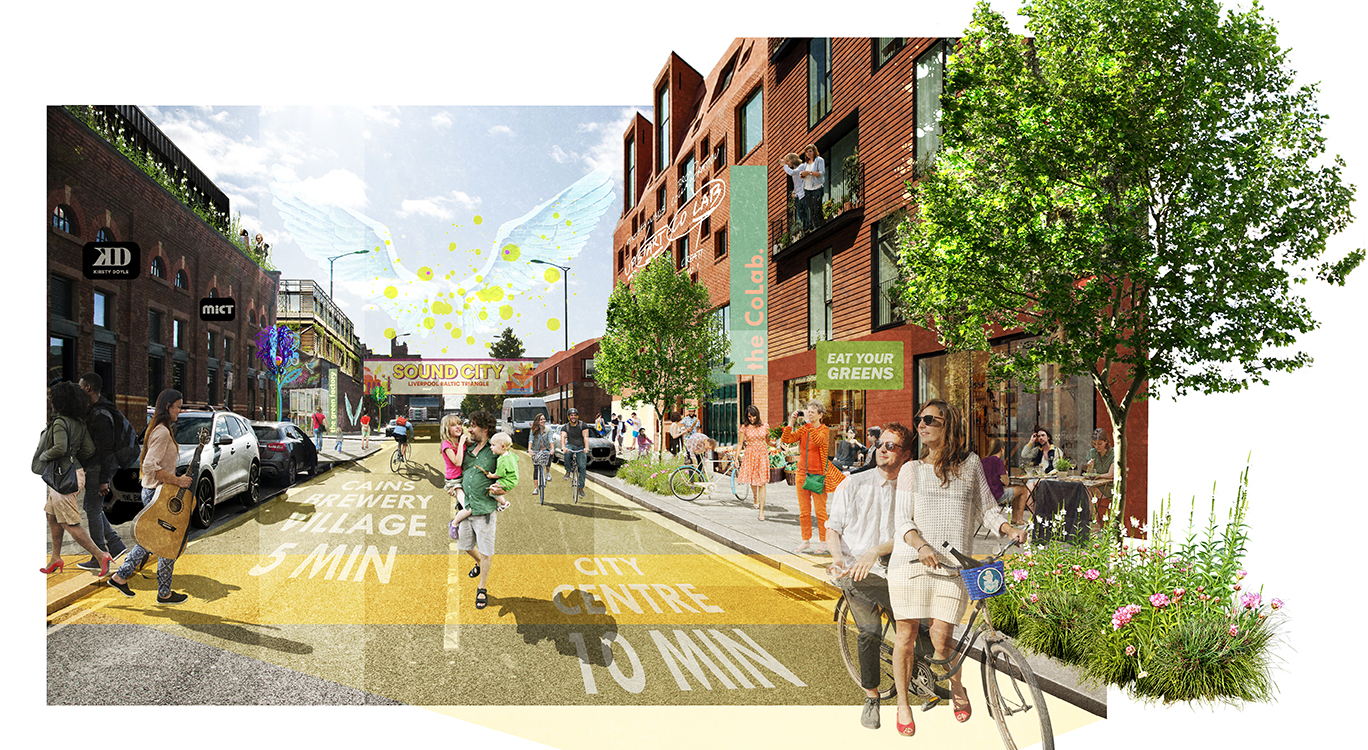 “From the outset, we have worked hand in hand with local businesses and communities, harnessing their passion to drive the place forward. Creative industries have been some of the hardest hit over recent months and we hope that this framework will give them fresh impetus.”
Mark Graham, Director, LDA Design

A new LDA Design masterplan for Liverpool’s Baltic Triangle has been endorsed by Liverpool City Council. It could lead to a new train station, a reinvigorated central community space and a public park for the 21st century.

The area sits immediately to the south of Liverpool city centre and was once an industrial hub for Liverpool’s dock economy. Now fuelled by the creative and digital industries, it is home to more than 500 businesses employing more than 3,000 people. Its population has also doubled since 2010 and it remains one of the most popular nightspots within the city.

The Council approved the masterplan, known as the Baltic Triangle Spatial Regeneration Framework, which has been led by LDA Design over the past year, including overseeing public consultation. The masterplan has been developed to guide the area’s future development and sets out guidelines on the remaining available land in a way which balances the needs of business growth and residential development.

The masterplan identifies four ‘areas of change’ to guide planning applications and sets out design guidelines that deal with scale and design, connectivity, heritage, and green infrastructure. The document will act as a Supplementary Planning Document to Liverpool’s 15-year Local Plan, which is currently being assessed by a planning inspector, with adoption expected next year.

Mayor of Liverpool Joe Anderson said: “This new masterplan for the Baltic Triangle sets out some bold ideas and projects to create a healthy, vibrant place to work and live. Consultation with businesses and residents has been crucial.”

Mark Graham, a director at LDA Design, commented: “Places like the Baltic Triangle are what make cities worth living in. We decided early on that maintaining the character of the streets was key. The area provides something fun and different, and a spark of creativity. The challenge for areas like this is to ensure that their rise doesn’t lead to their downfall.

“From the outset, we have worked hand in hand with local businesses and communities, harnessing their passion to drive the place forward. Creative industries have been the some of the hardest hit over recent months and we hope that this framework will give them fresh impetus.”