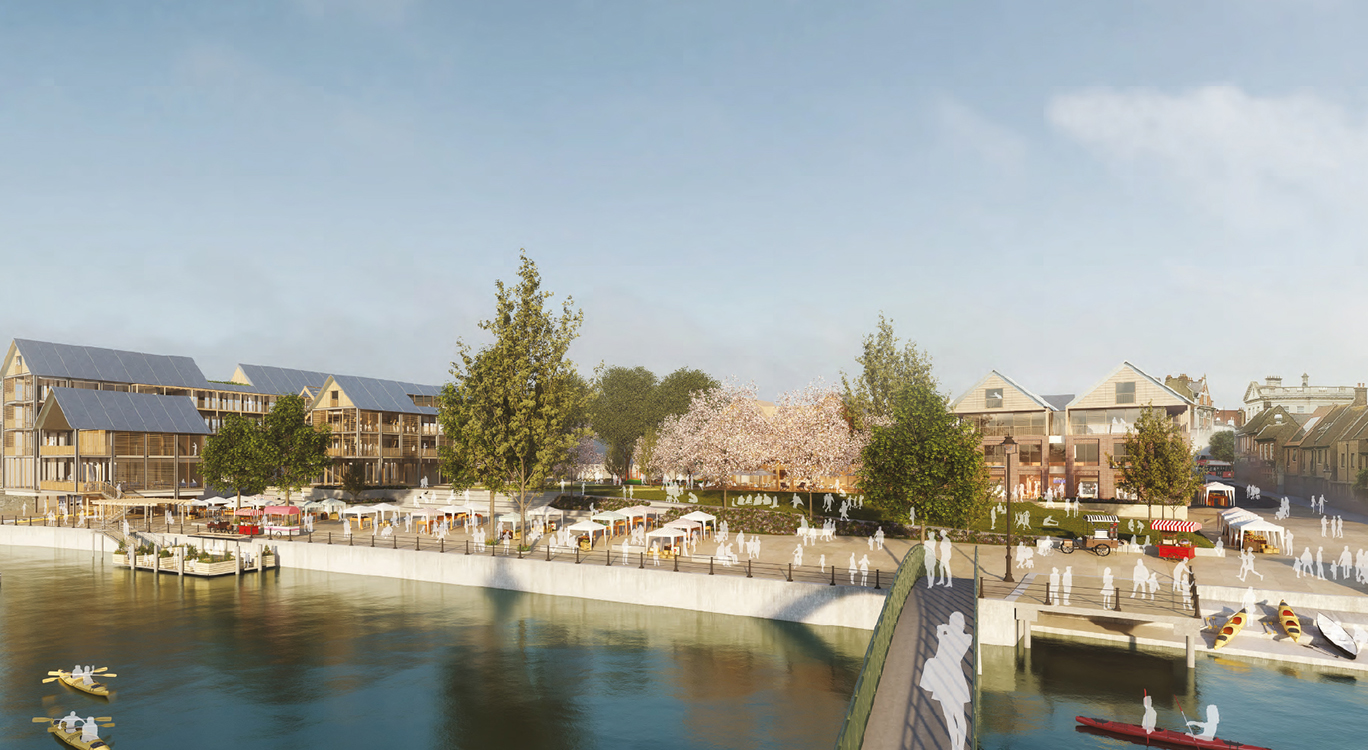 “For nearly 40 years, this beautiful stretch of the River Thames has been awaiting a design that can showcase the riverside as a destination for people to live, play, work, enjoy and thrive.”
Cllr Gareth Roberts, Leader of Richmond Council

A team featuring LDA Design has been selected by the London Borough of Richmond upon Thames as preferred bidder to reimagine a key riverside site in Twickenham. Feedback from local residents helped inform this judging decision.

Twickenham Riverside has the potential to be a new heart for the south-west London town, and the council hopes investment here will be a catalyst for wider economic uplift.

LDA Design is rethinking the public realm as part of a multidisciplinary project team led by Hopkins Architects, with Studio Weave, WSP,  Skelly and Couch and Webb Yates Engineers. The team’s vision was selected in a RIBA competition over shortlisted entries by Allies and Morrison, Baynes and Mitchell Architects with Outpost, Cullinan Studio and Haworth Tompkins. More than 50 teams entered.

The preferred proposals draw on the landscape, carefully integrating new architecture to create a place where people can enjoy the delights of  the water’s edge. The vision champions green over grey to establish a riverside ecosystem of new spaces at a range of scales, suitable for the single visitor to larger groups.

In the winning vision, terraces and gardens dip towards the river, with wharf buildings opening up to create an inviting new market square. A fully mixed-use waterfront with shops, offices, workspaces and high-quality social spaces will draw people in; physical connections to the town will also be improved.

Councillor Gareth Roberts, Richmond Council Leader, said of the scheme: “Twickenham Riverside should be the flourishing centre of Twickenham and the local area, but instead it’s being used as a car park with parking prioritised over people. For nearly 40 years, this beautiful stretch of the River Thames has been awaiting a design that can showcase the riverside as a destination for people to live, play, work, enjoy and thrive. We have heard from you loud and clear that you want better for Twickenham.”

Full proposals for the site will be developed once the decision is formally ratified by the council’s finance committee in January.