A project that matters ...

The first overseas Eden is being created in China, to explore the meaning of water for life on earth. It is expected to attract 1.8 million visitors a year. 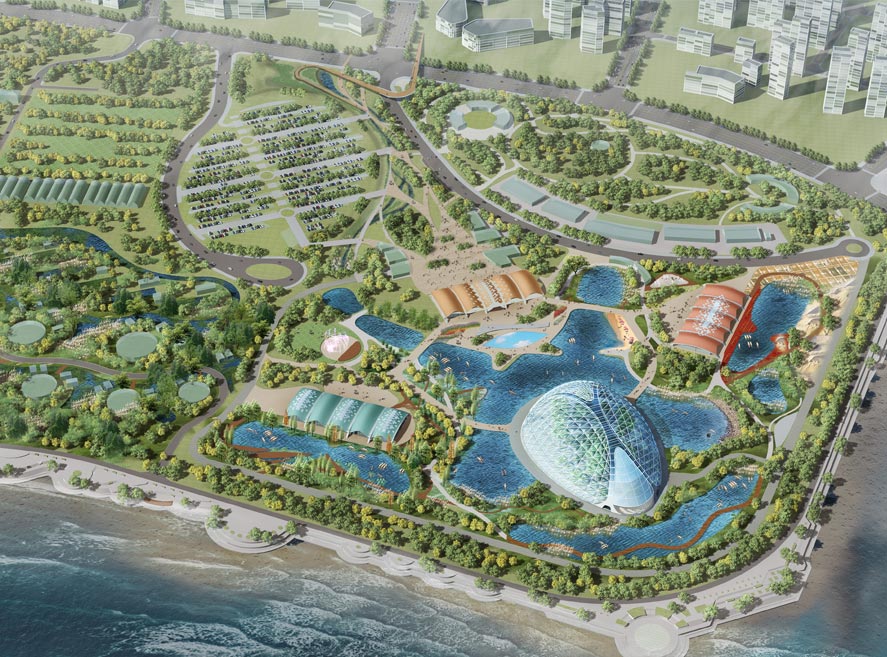 Water runs through it. Challenges include creating easy access for a site heavily dissected by waterways.

Like the Eden Project’s disused china clay quarry in Cornwall, the site for Qingdao is reclaimed land. This time it is largely flat, some two metres above sea level, previously used for salt panning and then prawn farming.

LDA Design is masterplanning this Eden in the city of Qingdao, which is on the east coast between Shanghai and Beijing. The 66-hectare site is in a stunning location, backed by mountains and at the confluence of the Xiangmao and Moshui rivers in Shandong Province.

Eden Qingdao will celebrate ecological principles that are 4,000 years old. Although China’s economy has grown three and a half times in just a decade, its culture is rooted in ancient beliefs which recognise human dependence on the natural world. This is what could enable the country to reinvent itself as a green superpower.

Shandong Province is the epicentre of China’s industrial sector and recently experienced its worst drought in half a century. China has a fifth of the world’s population but less than a tenth of the world’s freshwater supplies. So there is an urgent need to solve water scarcity for people and agriculture, and develop a resilient ‘camel economy’.

So it has been decided that water will govern every aspect of Eden Qingdao.

Like the Eden Project’s disused china clay quarry in Cornwall, the site is reclaimed land. This time it is largely flat, some two metres above sea level, previously used for salt panning and then prawn farming. 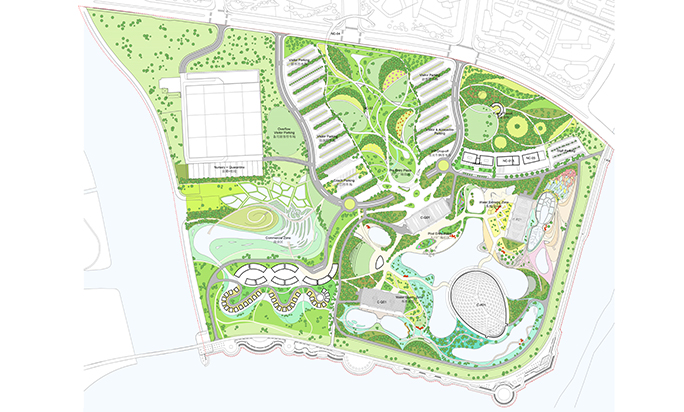 LDA Design’s initial concept proposals for the landscape masterplan are focused on four zones at the core of the site. The Gateway Zone introduces the park and its principles, and our relationship with water is explored in the Abundance of Water zone.

The dangers associated with water throughout history will demonstrated in the Extremes of Water, and the Quality of Water zone will help people to picture a sustainable future, using natural systems for water purification and conservation.

The landscape masterplan encompasses the entire site including new housing, and public parks. LDA Design is working through a number of topographical and operational challenges, including creating easy access and navigation for a site that is heavily dissected by waterways, and making the experience of walking around feel as rich and natural as possible.

Together with our ecology team, we are helping to create beautiful parklands within which development will sit, with coastal dunes, wetland, brackish marshlands and woodland, salt marsh, crop fields and formal designed gardens. Exciting play opportunities and unique water features will add another dimension.

Axonmetric designs reveal glimpses of Qingdao – a lagoon and plaza 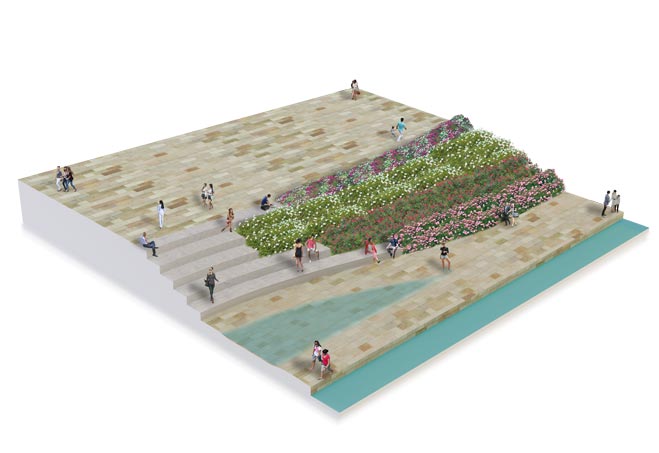 A delightful way to learn

The ecological park will harness Eden’s capacity to surprise and delight, as well as explain the science behind water use. Our aim is to create an experience where lasting memories are made at the water’s edge. We hope it will be a place where people return time and again.

LDA Design is delivering the landscape and public realm masterplan and ecology services. We are part of a multidisciplinary design team including Grimshaw Architects, Buro Happold, Atelier 10, SBP and RLB.

The project is in the schematic design stage before detailed design and delivery phases come forward.

Qingdao is set to house the world’s tallest indoor waterfall.